Dylan Muhlenberg is one of those cool surfer dudes you picture when you think of Capetown. He works for an online shop, Superbalist, he’s sporting a big beard, he runs, plays football, surfs and – of course – rides a motorbike. What you probably wouldn’t expect: He’s also been a dad since the age of 23! Back then he was living the wild life – working for GQ, spending a lot of time at events and parties – but he was still very much involved in his daughter’s life. “I realised that I needed to grow up and do what was best for her” he says. A few years later, Dylan met Maz, finally settled down properly, got married, and had another son with her: Silas. So we were curious: How’s patchwork family life going? And what’s it like to raise kids in Capetown?

Hi Dylan! You became a dad at quite a young age, how did that happen?

Well, how didi it happen? Unsafe sex. The pull-out method is really not a technique that I’d recommend at all. To make things slightly more complicated I was no longer seeing the girl that I impregnated. Long story short, we kept the baby and thank God for that, because Molly’s the most special little girl in the world.

Did you feel “too young” or “not ready”?

I don’t think anyone is ever really ready to be a parent. Even now, having been a father for just over a decade, I still feel unprepared, too young, crippled by self doubt… Maybe my own parents set the benchmark too high? Whatever it is, as an extremely flawed man I believe that parenting gives you an opportunity to try and work on these flaws on a daily basis. That’s probably why grandparents are so great. By the time your kids are all grown up and ready to enter the world you’ve figured it all out. That’s probably why kids are so messed up – they’re our guinea pigs.

Haha! Mollys real name is Moloka – not really a common name, where does it come from?

Molly’s mom insisted on giving our daughter her surname so I got to decide on her first name. The Moloko Milk Bar was the name of the bar in A Clockwork Orange. I misspelled it on the birth certificate though so she’s now Moloka, although we mostly refer to Mol as Molly or Loka. Of course the whole thing was a bit crazy. There should be a law where only gainfully employed 30-year olds, who are happily in love and have kept a pet dog and several orchids alive, should be allowed to have kids and choose their names! But I like it!

So when you entered the rockstar-life, how did you manage with your daughter?

Well it wasn’t really rockstar, more rockstar-lite, and I didn’t end up sticking with Molly’s mom so it’s actually quite easy to be a dad every second weekend. But yes, having decided that I couldn’t live with Molly’s mom anymore, I moved in with a professional surfer who was competing in ‘the dream tour’, which is open to the top 40 surfers in the world. So he was always flying in and out of town and when he was at home it was a non-stop party with him and his entourage. There was free stuff from the sponsors, a big dollar salary every month, prize money, groupies and a bunch of other stuff that I won’t mention here. On the weekends where I had my daughter it was good to step outside of all of this. Although sometimes I did have a fear of missing out.

How about the relationship with your ex-girlfriend?

We view ourselves as business partners where Molly is the business and we both want to see the business turn a profit and become successful. Sometimes this is easier said than done, and our pettiness can trip us up, but for the most part we make things work for the sake of our daughter.

Has this always been the case?

Haha, definitely not. We’ve made a handful of lawyers very rich over the course of Molly’s life and it sickens me to think that if this money had been put into a university fund or something more constructive Mol would probably be looking at a nice chunk of change…

When you met Maz – did you know immediately that it would be “something serious”?

Yep, I’d say so. Some things just click from the start and this was one of them. I fell in love with Maz the minute I met her and so getting serious was easy. I actually moved in with Maz after our first date, got married one year later and then we followed that up with a child of our own because I’m the most fertile man alive.

HAHA! What was it like for Molly to meet her?

Molly has always been an easy child and something of a people person. She liked that my new girlfriend came with a new home for us that wasn’t always filled with a bunch of burned-out surfers, and the fact that she looks like an exotic Disney princess didn’t hurt either. I think the traditional idea of a ‘family’ has changed so much since the Norman Rockwell version that it would be difficult to find families that fit into some sort of one-size-fits-all box. I only know what I know. And I love it.  Silas is really lucky how he has the best of both worlds where he’s an only child most of the time and then for ten days a month and some holidays he has a sister that lives with us.

What’s a typical day in your family life?

I dunno, there’s no such thing as typical. Every day brings something new, but if I had to try and describe the most typical day I’d say: Wake up 5:00 and let the dogs out, run/hit snooze, make breakfast and lunches for the kids, take them to school, go to work, play some sort of sport, do homework, make dinner, read one page of my book and fall asleep by 22:00.

Who’s taking care of the house, it looks beautiful!

That would be Maz. She’s not qualified as an interior decorator or anything, but she has a great eye and people have given her their credit cards in the past to shop for them and make over their homes. Maybe one day she’ll quit babysitting models for a living and live her dream as a decorator? Maz is very house proud and slightly obsessive so everything is always in its right place. It also helps that I’ve left the publishing world and now work at Superbalist where we get to shop for homeware at cost.

Do you miss the rockstar-life sometimes?

Well, I’m a balding 33-year old man with a wife, two kids, two dogs, a bond, alimony payments, some debt and who is now invisible to women younger than 30. Of course I miss it.

Let’s talk about raising kids in Capetown, is it a good place for families, what are the pros and cons?

There are some cons to living here – loadshedding, which is when there’s not enough electricity and we experience regular blackouts, water restrictions, corrupt politicians, a weak rand and visa restrictions that makes it virtually impossible to travel and some very scary crime statistics. However, we remain positive and have come up with ways to try and counter all of these things and focus on all the good that there is here. Cape Town is to the rest of South Africa what Berlin is to Germany and New York is to the States. It’s really beautiful and everyone is chilled and even though we have Portuguese passports thanks to Maz, and could live anywhere in the EU, we won’t be leaving South Africa even if things do go Zimbabwe. 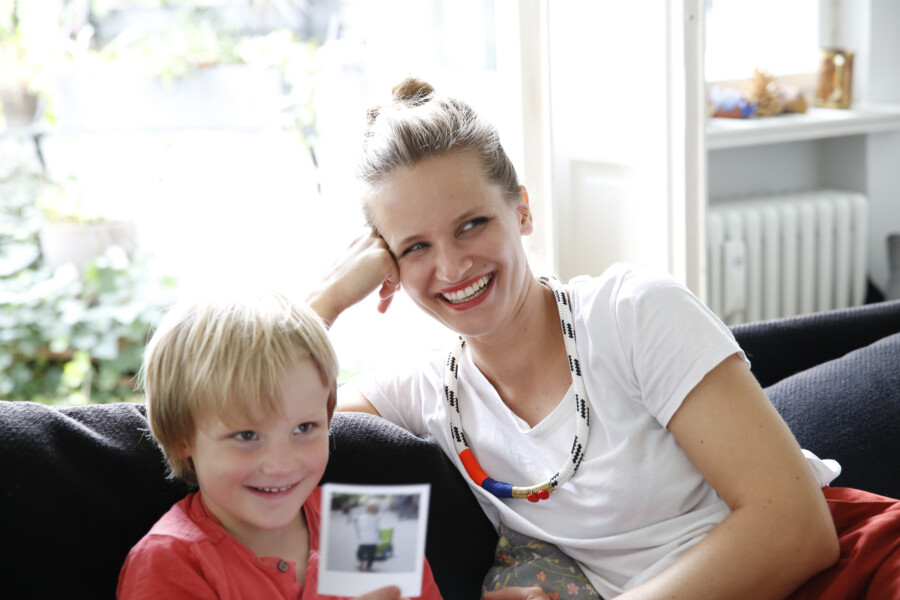 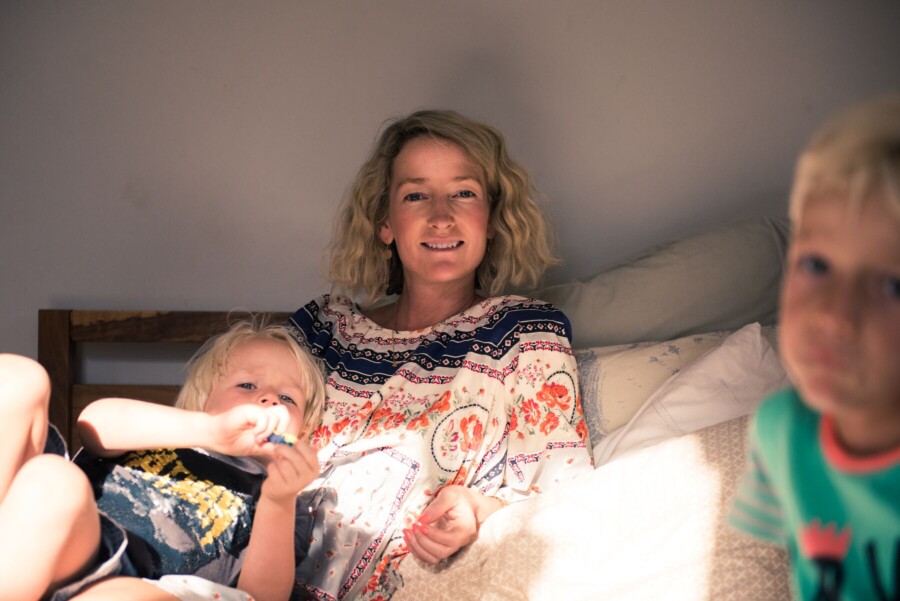 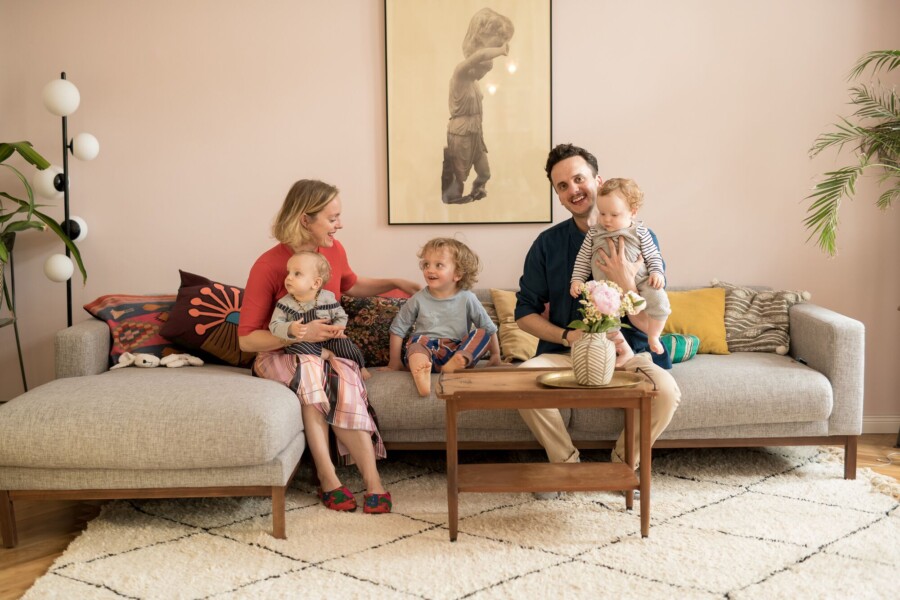 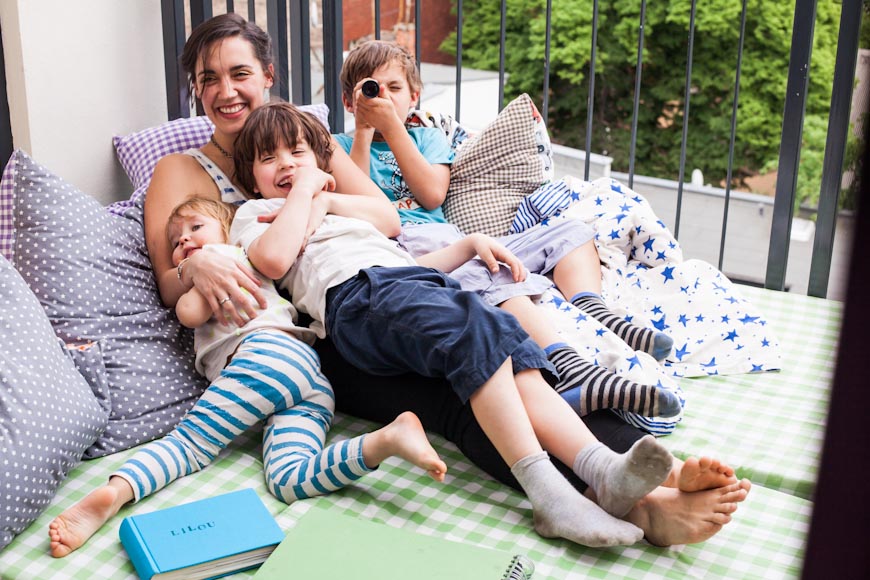 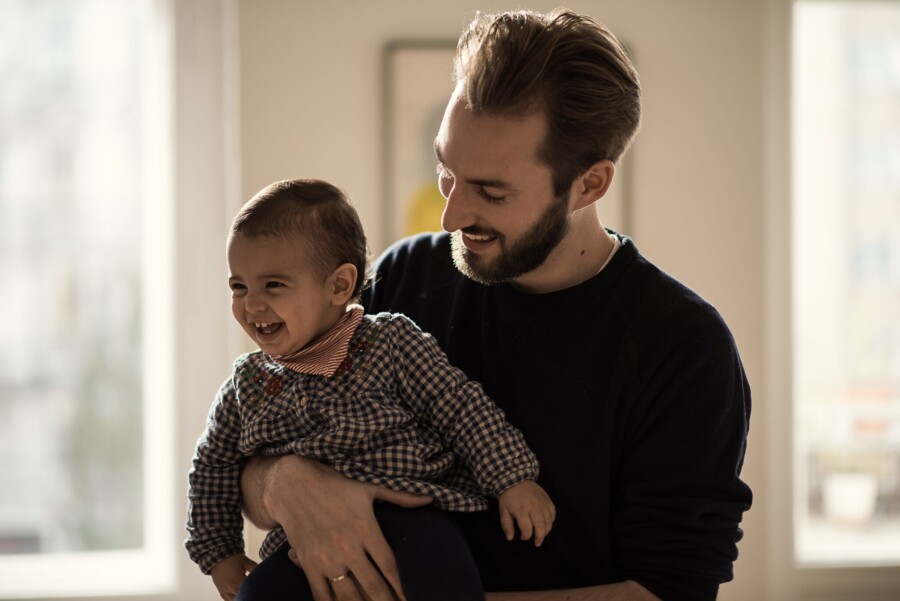 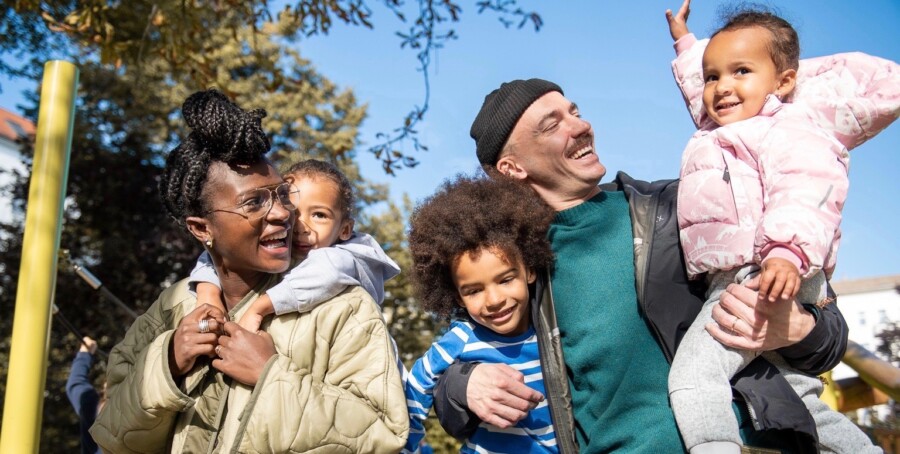 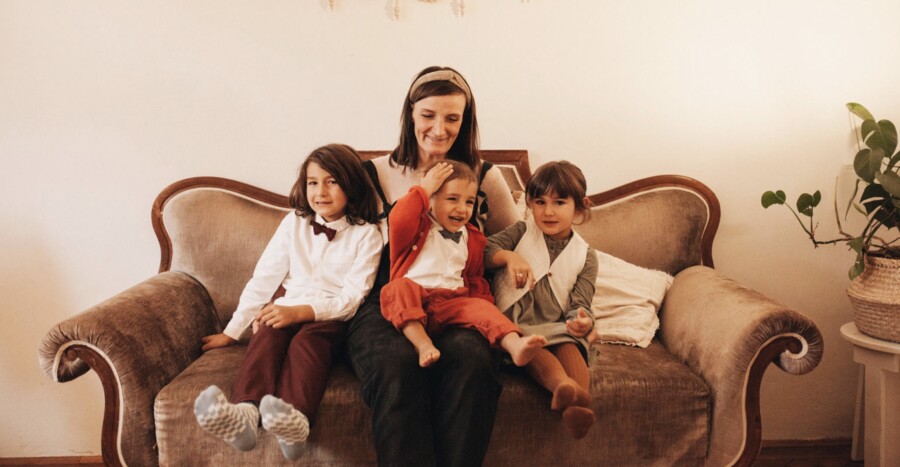 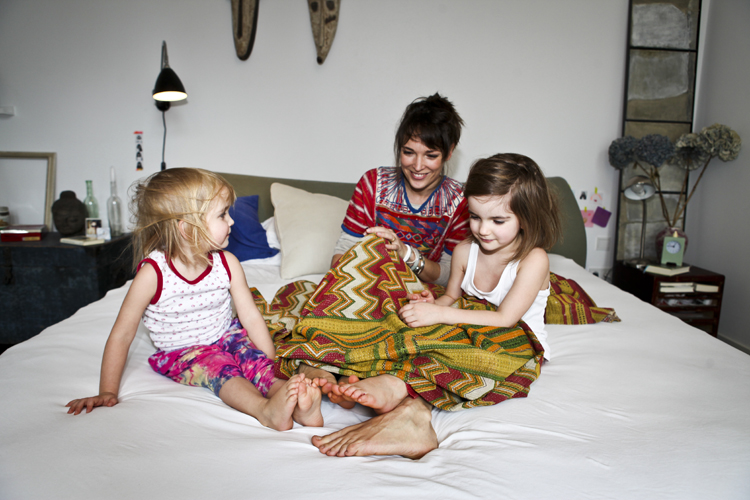 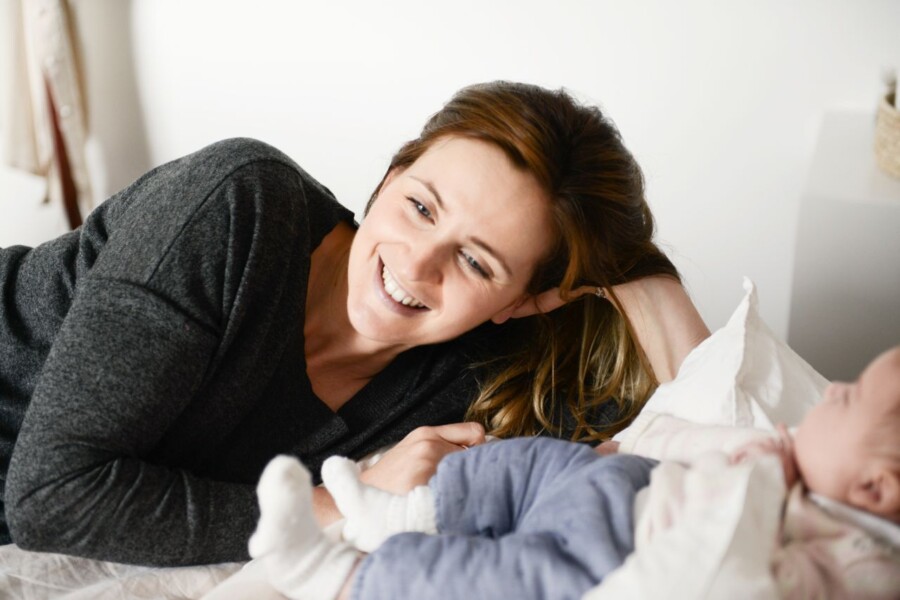 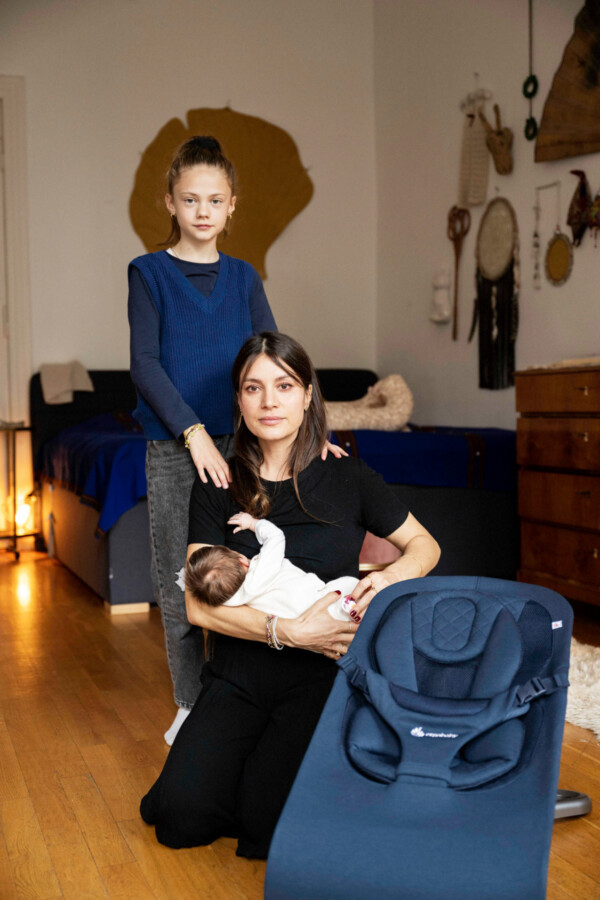